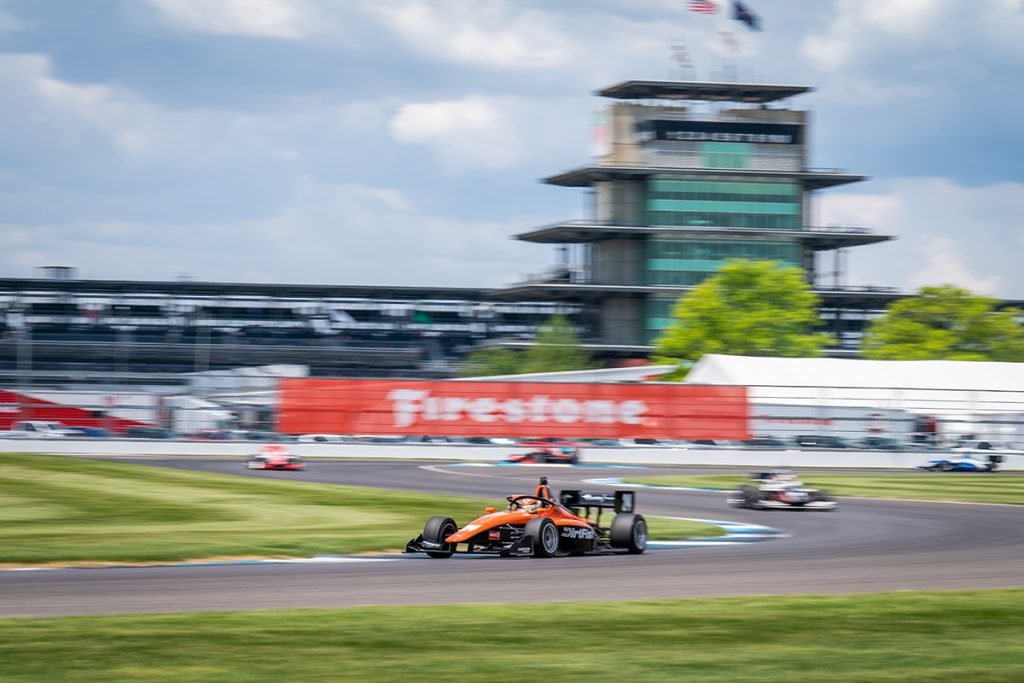 Heading into the Indy Lights Grand Prix of Indianapolis this past weekend, Benjamin Pedersen was confident in his ability to continue his podium streak and hopeful to claim his first win in the Indy Lights Presented by Cooper Tires Championship. Racing out of the Global Racing Group with HMD Motorsports program, Pedersen ran into nothing but bad luck all weekend long. 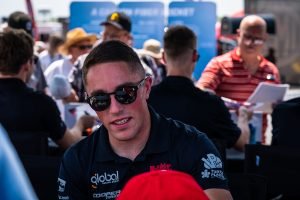 In the past month leading up to the event weekend, Pedersen and GRG with HMD completed two separate tests at Indianapolis Motor Speedway and Mid-Ohio Sports Car Course. In both tests, Pedersen topped the charts. Unfortunately for Pedersen, the weekend in Indianapolis did not go as hoped or planned.

In a condensed weekend, the Indy Lights field had four on-track sessions, with three of them taking place on Friday. In a standard weekend, the drivers would have two practice sessions, followed by qualifying and the race. This weekend, however, consisted of only one practice session, qualifying and back-to-back races. In the opening practice session Pedersen finished in a close third, less than two-tenths off the fastest time. A few hours later, the Indy Lights field took to the track again for a thirty-minute qualifying session to set the grid for both races – with the fastest laps times determining race one and the second-fastest lap times determining race two. Benjamin Pedersen qualified seventh for both races.

Later Friday afternoon, race one of the Indy Lights Grand Prix of Indianapolis was underway. After a strong start, Pedersen moved up two positions into fifth on the opening lap of the 35-lap race. Four laps later, two drivers ahead of him made contact and Pedersen moved into third as the field received a full-course caution. After the restart, Pedersen was able to maintain his position for the next four laps. While Pedersen continued to defend for third, behind him a fellow competitor locked up while going into turn one at the start of lap twelve and collided with Pedersen – sending both drivers to the back of the field and an eventual eleventh place finish. 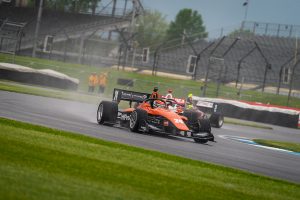 Saturday morning, with the threat of weather impacting the races in the afternoon, the schedule was moved up thirty minutes in an effort to complete both the second Indy Lights race and the NTT INDYCAR SERIES GMR Grand Prix. Again starting from seventh, Pedersen struggled at the start and fell back into eleventh in the opening laps. Pedersen then began to make up positions and moved back up to ninth by lap six. With twelve laps complete, race officials called a caution and then red flagged the race due to lightning moving into the area, creating unsafe race conditions. As drivers climbed out and cars were pulled back to the garages, the race was scheduled to resume after the INDYCAR race. Nearly six hours later, the race resumed with around twenty laps remaining. While some drivers struggled on the start and multiple cautions came out, Pedersen stayed out of trouble and worked his way up the field. By lap 27, Pedersen had made his way into second. However, with five laps remaining, he was passed and just missed out on earning his third podium result of the season, finishing fourth.

After finishing on the podium in the past two events, Pedersen left Indianapolis without a podium. While the weekend did not go as planned, it was still a weekend of learning for Pedersen and the GRG with HMD crew.

The team will now prepare for a test at Road America later this month before heading to Detroit for the next two rounds of the Indy Lights Presented by Cooper Tires Championship.