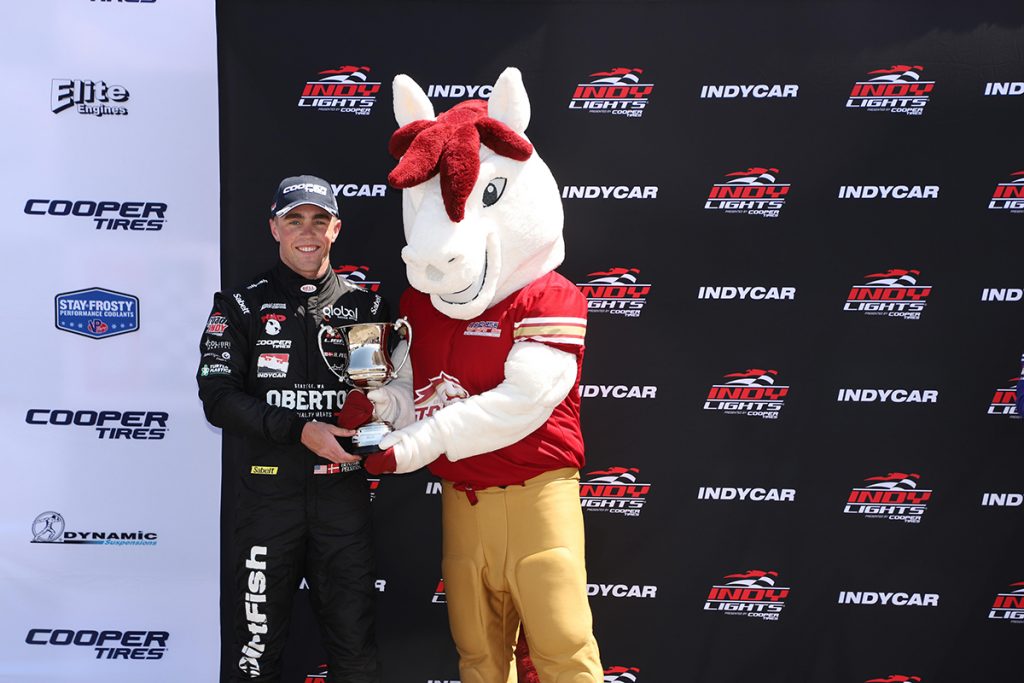 After a strong start to the Indy Lights Presented by Cooper Tires Championship season nine weeks ago on the Streets of St. Petersburg, Benjamin Pedersen was keen to get the season back underway this past weekend at Barber Motorsports Park. With the #24 Global Racing Group with HMD Motorsports entry stronger than ever, a strong weekend was expected for the sophomore Indy Lights driver. 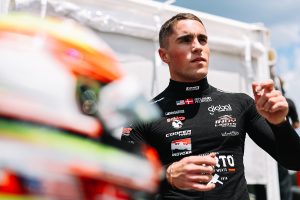 Last season, Pedersen claimed his first of six podiums at Barber Motorsports Park, finishing second in the opening race of the season. Since then, Pedersen has spent the past twelve months growing more confident in the Dallara IL-15 machine and was sure to be strong in Alabama this season.

In the opening practice session of the weekend on Friday, Global Racing Group with HMD Motorsports driver Benjamin Pedersen finished fourth behind two HMD Motorsports teammates Danial Frost and Linus Lundqvist. The next morning, the trio of HMD drivers topped the charts – this time with Pedersen in second between Frost & Lundqvist. With the HMD Motorsports drivers displaying their speed, a battle was brewing for qualifying later on Saturday. Putting down fast lap after fast lap, the battle for the top qualifying laps came down to the final lap with Pedersen qualifying on the front row in the second position, a scant .02 away from the elusive pole position. 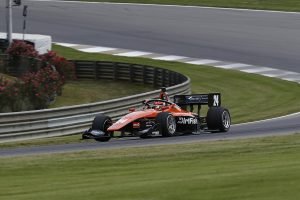 Last week, Pedersen and the entire HMD Motorsports lineup tested at Barber Motorsports Park in preparation for this weekend’s event. While the test was interrupted by inclement weather, this became an advantage for Pedersen and crew when Sunday’s race was declared a rain race. Starting from the front row and with similar conditions as the test, Pedersen slotted into second as the front two quickly began to pull away from the rest of the field. Pedersen then showed great pace through the remainder of the race. Initially gapping to his rivals in the opening laps, Pedersen began to reel in the leader in the late stages of the race to engulf in an epic battle for the lead in the final two laps. Coming down to the wire, Pedersen crossed the finish line only 0.1782-seconds behind his teammate as he once again stood on the second step of the podium at Barber Motorsports Park. 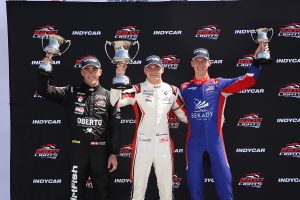 In the opening two rounds of the 2022 Indy Lights Season, Pedersen has finished both races on the podium, helping HMD Motorsports take the Team Championship lead and placing himself second in the Driver Championship.

Later this week, Pedersen and the entire HMD operation will head to Mid-Ohio Sports Car Course for a team test. In only two weeks’ time, the Indy Lights series will continue with the next two rounds of the season at Indianapolis Motor Speedway. 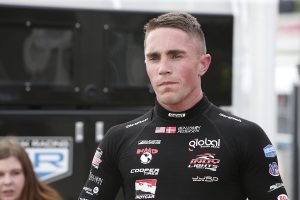