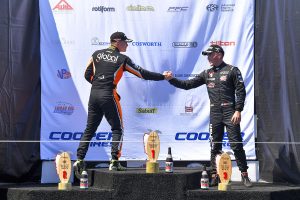 Global Racing Group with HMD Motorsports walked away from the Monterey Grand Prix at WeatherTech Raceway Laguna Seca with a handful of podiums and four top-five finishes between their two drivers, Linus Lundqvist and Benjamin Pedersen this past weekend. In the second stint of the West Coast swing, and the season end in sight, Global Racing Group was eager to carry their string of podium finishes through the remainder of the season.

After finishing mid-pack in the weekend’s one and only practice session, the GRG with HMD crew went to work to find additional speed heading into the two qualifying sessions. In both timed sessions that would set the grids for the weekend, the Lundqvist and Pedersen entries qualified in the top-five at the tough to pass facility made famous for the legendary Corkscrew. 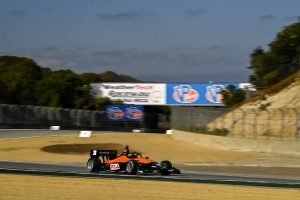 Lining up for race one of the weekend, the two teammates started in the front two rows with Linus Lundqvist rolling off in second and Pedersen behind him in fourth. At the start of the race, the pole-sitter maintained a decent lead while Lundqvist and Pedersen, along with their HMD Motorsports teammate David Malukas, remained neck-in-neck through the opening laps. As the field began to spread out, Malukas went off track and Pedersen was able to take over third position. Through the remainder of the race, and one full course caution, the front of the field remained unchanged. For the second time this season, Global Racing Group with HMD Motorsports finished with both drivers on the podium, with Lundqvist in second and Pedersen in third. 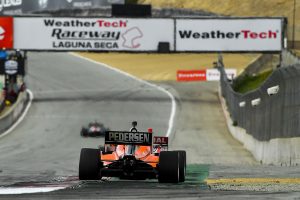 As the season begins to wrap up, Indy Lights Presented by Cooper Tires will return to Mid-Ohio Sports Car Course next week for the season finale alongside the entirety of the Road to Indy Presented to Cooper Tires. With two rounds remaining in the 2021 season, Lundqvist and Pedersen stand solidly third and fourth in the championship standings. After a handful of wins and podiums from the two drivers, HMD Motorsports continues to the lead the Indy Lights Team Championship.

The final two rounds of the Indy Lights Championship will take place next weekend, October 1-3 at Mid-Ohio Sports Car Course.