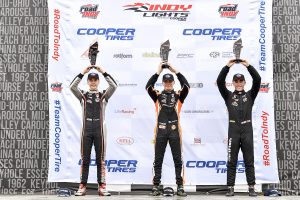 HMD Motorsports and Global Racing Group wrapped up their rookie Indy Lights Presented by Cooper Tires season as Team Champions this past weekend at Mid-Ohio Sports Car Course. Returning to the track for the second time this year, the dominant program ended the year with the Team Championship and three drivers in the top four of the Drivers’ Championship.

Heading into the weekend, HMD with GRG maintained a solid lead over back-to-back champions, Andretti Autosport, but the championship was not clinched yet. In the Driver’s Championship, HMD’s David Malukas trailed by fifteen points while GRG with HMD driver Linus Lundqvist had theoretically claimed third in the championship. In another close battle, Benjamin Pedersen with GRG sat in fourth, closely trailed by a pair of rivals. 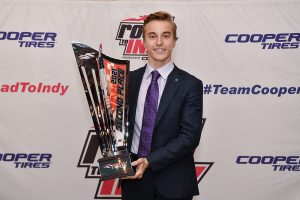 After struggling for some pace in the only practice session of the weekend on Friday, qualifying on Saturday morning would see David Malukas line up on the front row for race one in the second position while Benjamin Pedersen, Manuel Sulaiman and Linus Lundqvist started from fifth, eighth and tenth. At the start of the race, Malukas attempted to pass for the lead, but ultimately trailed his championship rival through the entirety of the thirty-lap race to finish in second. Taking the sixth through eighth positions were Lundqvist, Sulaiman and Pedersen with Lundqvist rebounding from an engine issue in qualifying. 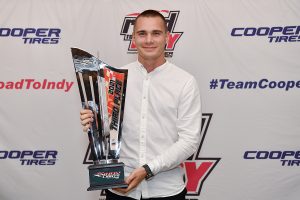 With one round remaining in the championship, Malukas would need a flawless day in order to claim the championship – Malukas needed to claim the pole position, win the final race and lead the most laps, all while the current point leader would need to finish in eleventh or worse. After struggling on Saturday, the HMD with GRG squad needed their luck to change at Mid-Ohio. On Sunday morning, as rain soaked the track, HMD with GRG showed just how good they were in wet conditions. In the morning qualifying session, cars were spinning and driving off track every few laps, but HMD with GRG remained solid and qualified 1-2-3 with Malukas on pole followed by Lundqvist and Pedersen. After claiming pole, Malukas still had a chance at the Championship. 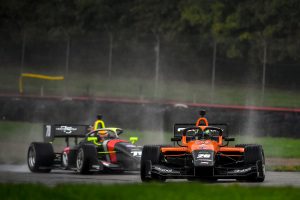 As the rain continued throughout the day, the final race was set to be the first rain race of the season. At the start of the race, Malukas drove off the track in turn one and dropped to the back of the field. However, as the rest of the field struggled on the slick track, the HMD with GRG drivers remained steady as Lundqvist and Pedersen lead the field by over twenty seconds and Malukas worked his way back through the field. After only twelve laps, Malukas worked his way back up into third and by the end of the final round, HMD with GRG swept the podium for the first time, with Lundqvist taking the win followed by Malukas in second and Pedersen in third. 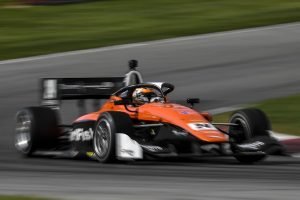 At the end of the twenty-round season, HMD Motorsports claimed the Team Championship, forty-three points ahead of Andretti Autosport. David Malukas finished the season in second, Linus Lundqvist in third and Benjamin Pedersen in fourth in the Drivers’ Championship. In their rookie season, HMD with GRG claimed a total of ten wins and nine pole positions as well as thirty-three of the sixty possible podium finishes. Throughout the season, HMD with GRG was able to finish with at least one driver on the podium in every single race. 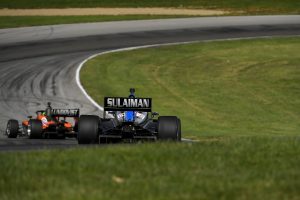 While the 2021 season has concluded, the hard work continues as the team continues to finalize drivers for the 2022 season.  With the annual Chris Griffis Memorial Test coming up at Indianapolis Motor Speedway at the end of the month and additional private tests scheduled, HMD Motorsports is setting up for another successful season in 2022

Stay tuned for more announcements from HMD Motorsports and Global Racing Group in the coming weeks.