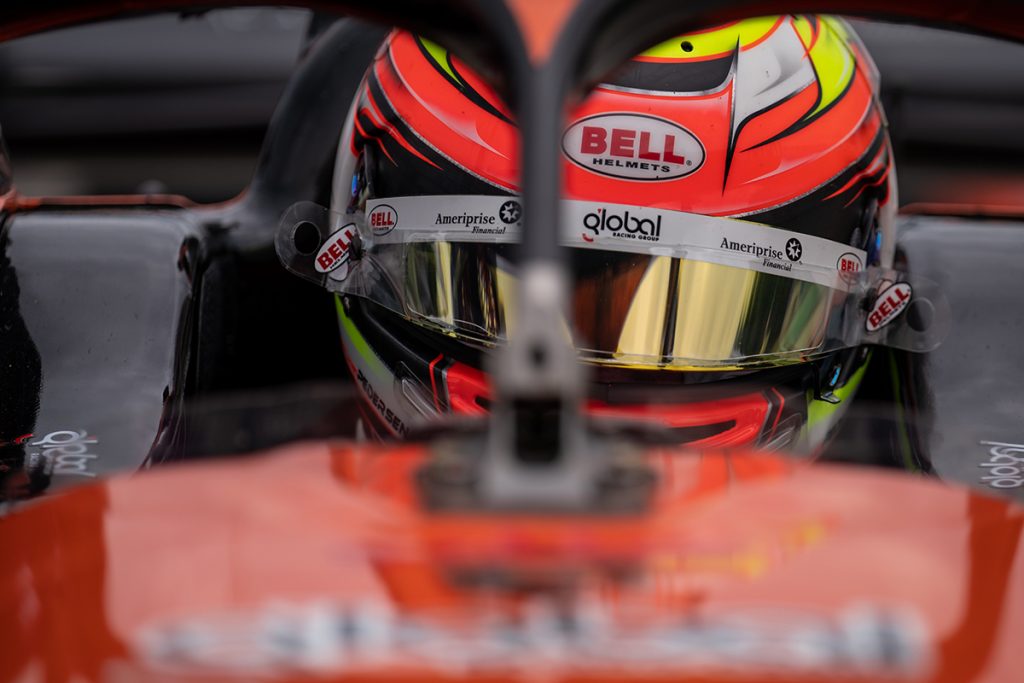 The Indy Lights Presented by Cooper Tires Championship reached the halfway point of the 2022 season this past weekend as the series completed the seventh round with the Grand Prix at Road America in Elkhart Lake, Wisconsin. Coming off a podium finish in Detroit one week ago and claiming a second-place finish at Road America in 2021, Benjamin Pedersen and Global Racing Group with HMD Motorsports had high hopes for the weekend.

In the first practice on Friday afternoon, Benjamin Pedersen and his HMD Motorsports teammates claimed the top three positions on the timing sheets with Pedersen finishing in third only three tenths off the top time of the session. With a flat spotted tire in the second practice, a bad vibration and pending damage to the bottom side of his #24 Dirtfish branded machine, the second practice didn’t yield much. With the limited practice time and a tire mishap in qualifying, Pedersen still managed to qualify seventh and start the single race weekend from the inside of row four. 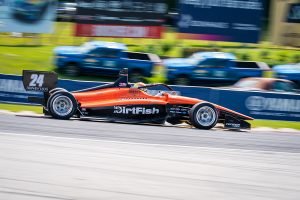 Starting the twenty-lap race from midfield, Pedersen and the GRG with HMD team knew that they had ground to make up in order to claim a podium finish and earn valuable championship points. Heading into the weekend, Pedersen narrowly held on to the second-position in the overall drivers’ championship.

In the opening lap, while the entire field of thirteen drivers jockeyed to gain positions, Pedersen remained steady and worked his way up to fifth by the time the first lap was complete. However, before the first lap came to a close, the caution would come out for a driver off course. Restarting from fifth, Pedersen set his sights on the next position and moved up into fourth. After another caution only two laps later, the GRG driver was again focused on a strong restart. As the race went green again on lap nine, Pedersen was forced into the grass while making a pass for third. While the driver forcing Pedersen off track got penalized, the resulting broken wishbone for Pedersen meant that it would be an uphill battle for the rest of the race. He made it back to the pit lane under red flag conditions caused by his fellow competitors’ scary incident in turn five.

While Pedersen’s restart position was fourth, the team had to start from the pit box and as the yellow flag came out to begin the warmup lap, the team quickly went to work to repair his wishbone as the rest of the field began the race. Pedersen was able to rejoin the field one lap down in the eleventh position. 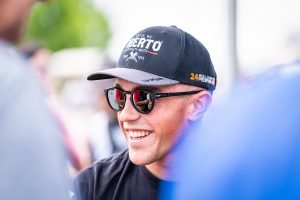 With a podium finish out of sights for Pedersen, the attention shifted to finishing the race and gaining as many championship points as possible. While Pedersen was consistently the fastest driver on track during the final ten laps, he ultimately finished the race in eleventh. Now halfway through the season, Pedersen sits third in the drivers’ championship.

“It is hard to swallow to once again be taken out of the fight for a podium by the same driver. This is now the second time this has happened in the last four races, and while the other driver got penalized on both occasions, the bottom line is that it has cost us 30-40 points in the championship fight. I’m sure race control will be keeping a very close eye on that driver for the rest of the season. We were fast though; moved through the field fast and set some very fast lap times so we’ll keep fighting,” expressed Benjamin Pedersen after the race.

The series will return for the next race at Mid-Ohio Sports Car Course in three weeks, June 30 through July 3.