Global Racing Group with HMD Motorsports (GRG with HMD) made their name known in their debut weekend at the Indy Lights Presented by Cooper Tires Championship. With Linus Lundqvist and Benjamin Pedersen making up the Global Racing Group with HMD Motorsports lineup, the overall program scored massive points in the season-opening weekend at Barber Motorsports Park and leaves the first event weekend sitting first, third and fourth in the drivers’ championship and atop the team championship points battle.

After a strong showing at Spring Training two weeks ago, the Global Racing Group with HMD Motorsports drivers were strong out of the gate with Linus Lundqvist topping the charts and Benjamin Pedersen finishing fourth in the only practice session of the weekend. Quickly moving into two qualifying rounds on Friday, Lundqvist claimed the pole position for the first race of the season while Benjamin Pedersen started on the second row in fourth. Later that day, Lundqvist again qualified on the front row, but this time finishing second behind HMD Motorsports teammate David Malukas. Still well inside the top-ten, Pedersen qualified sixth for Sunday’s wheel-to-wheel action.

When the green flag dropped for race one on Saturday, Lundqvist held his lead through the first turn of the race – behind him in second, Malukas was hit in the first corner, taking him out of the race and giving Lundqvist a large lead early on. With the second and third place drivers dropping to the back of the timing charts, Pedersen was able to take over the second and maintain his spot for the entire thirty lap race. By the end of the event, Lundqvist maintained a five-second lead over Pedersen as they crossed the finish line for a one – two finish. In their first race in the Road to Indy, Global Racing Group with HMD Motorsports finished on the top two steps of the podium.

On Sunday, Lundqvist was once again able to hold his position, finishing behind Malukas in second. While the remainder of the field battled it out, Malukas and Lundqvist pulled away from the rest of the field, gaining a 32-second lead over Devlin DeFrancesco in third. Benjamin Pedersen finished the second round of the championship in seventh.

This upcoming weekend, Global Racing Group with HMD Motorsports will continue to head south for the next two rounds at the Streets of St. Petersburg in Florida. Taking place over three days, the two rounds will be preceded by practice and both qualifying sessions on Friday, with one race each on Saturday and Sunday. 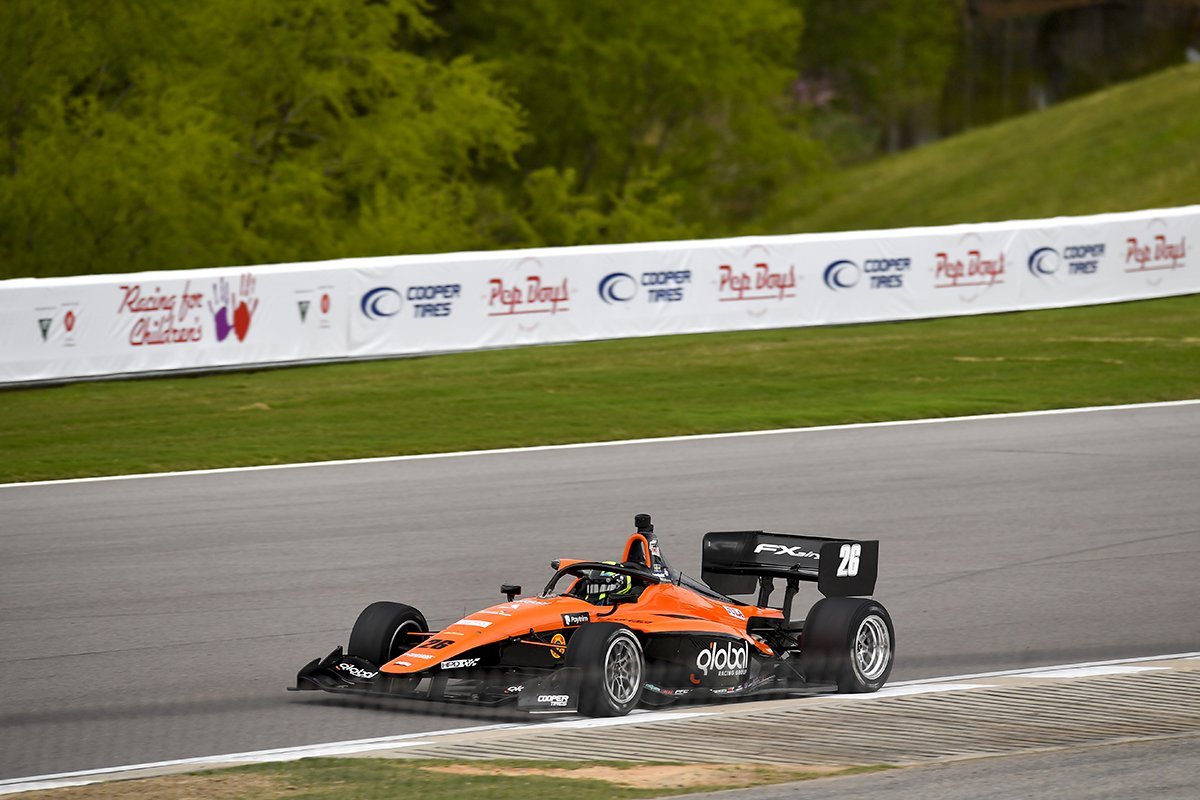 While the Grand Prix of St. Petersburg is open to a limited number of attendees, fans who are unable to attend will be able to view live timing and video of both qualifying sessions and both races. Qualifying rounds will be available to watch on RoadToIndy.TV and on the Road to Indy TV App. For the races, fans within the United States will be able to watch live with a subscription to Peacock Premium and Canadian fans will be able to access a livestream via REV TV. Fans outside of North America can watch the live stream for free via The Race.